Travel Mermaid
Sign up with your email address to be the first to know about new products, VIP offers, blog features & more.

Time does fly when you’re having fun! Upon writing this post, I’m still amazed to have been living in Kuala Lumpur for a year and a half already. Since leaving London it’s been hard to keep me in one place for longer than 12 months, but KL’s liveability is proving greater than most other cities I’ve called home.

I spent a year in Melbourne before venturing to KL, a city crowned as being the ‘the most liveable city in the world’ by Mercer for 7 years running. I thought anywhere else would be a hard act to follow, but as it turns out, in many ways KL has given the Sailor and I a better standard of living. With the hundreds of thousands expats who call this city home, it’s not just us that feel this way. 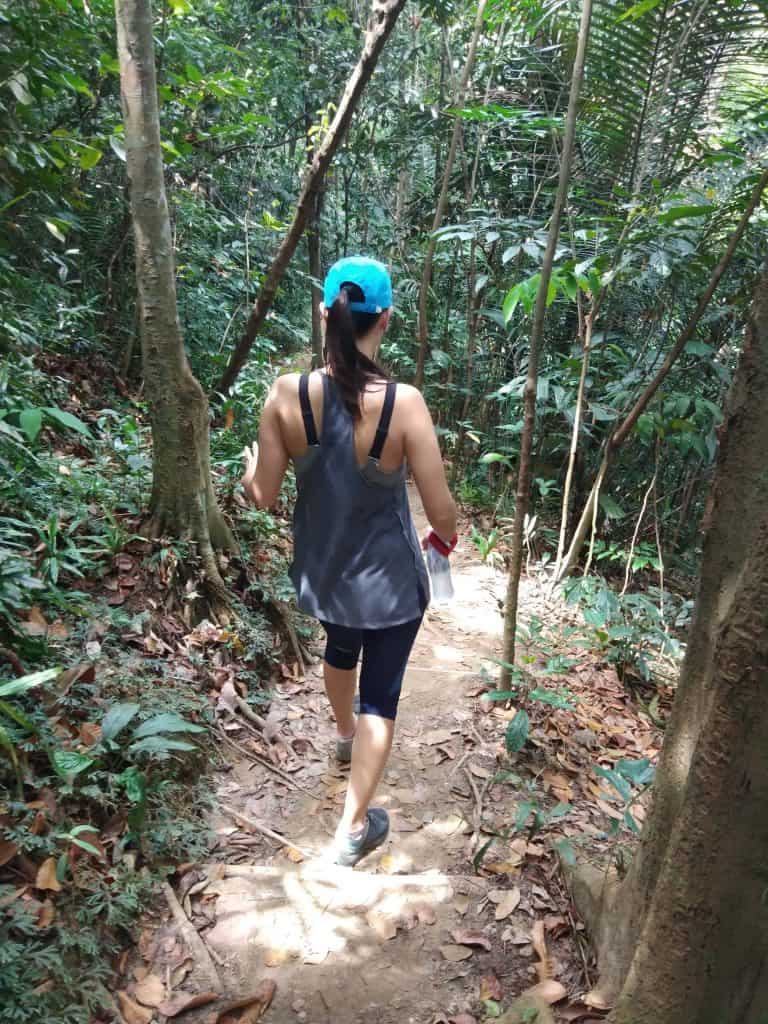 And the stats do stack up. Only last year, Kuala Lumpur was named the most expat friendly city in Asia by Internations and the second most liveable city in Southeast Asia according to Mercer.

Whilst statistical data doesn’t tell you everything, like how you’ll feel in a place or how your personal experiences will pan out, it is a good indicator into potential liveability. Fortunately on both occasions, Mercer has pulled it out of the bag for me. 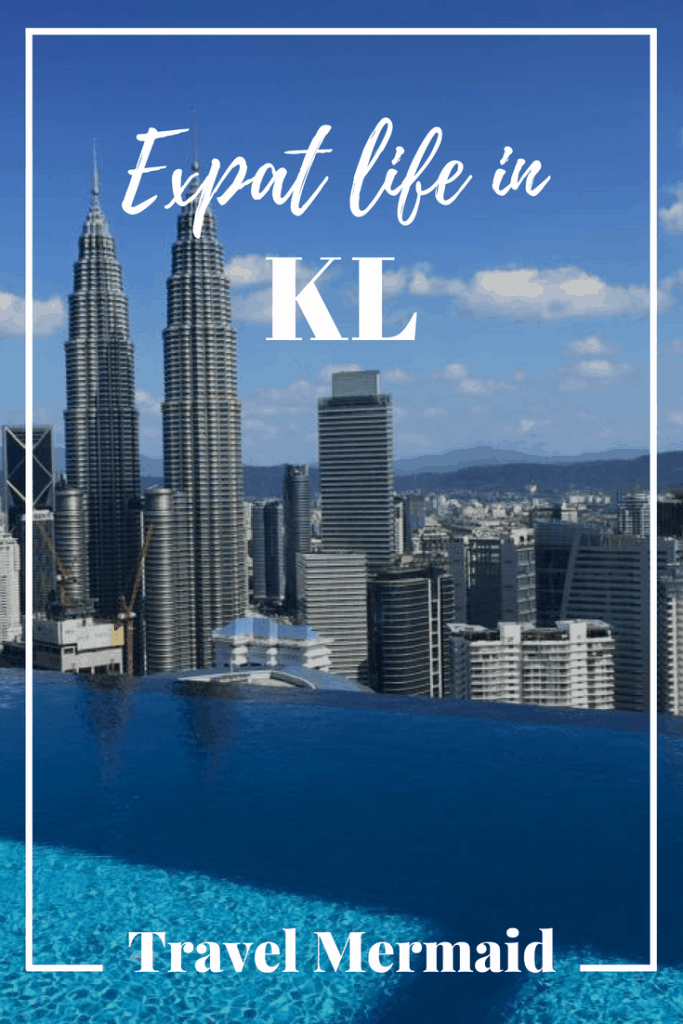 There are so many things I love about life in Kuala Lumpur.

Firstly, let’s start with the obvious.

Some expats say that there’s limited things to do in KL, but I disagree. It might not offer the plethora of entertainment that London or New York might, but it offers a lot that they don’t.

For example they don’t offer this: in KL the average temperature is 30+ degrees and there are 365 pool days per year. (Sorry, London what?!) On a cold day, it might drop to 26/27 after a storm. Most expats live in condos that have all of the extra facilities, like swimming pools and jacuzzis. They often feel like holiday resorts with long-term residents.

This partly makes us spoilt with leisure time here. I mean, who doesn’t like to come home after a long day in the office and hit the jacuzzi for some therapy? Or have some quality pool-time over the weekends? The set-up also makes it perfect for hosting out-of-town guests. 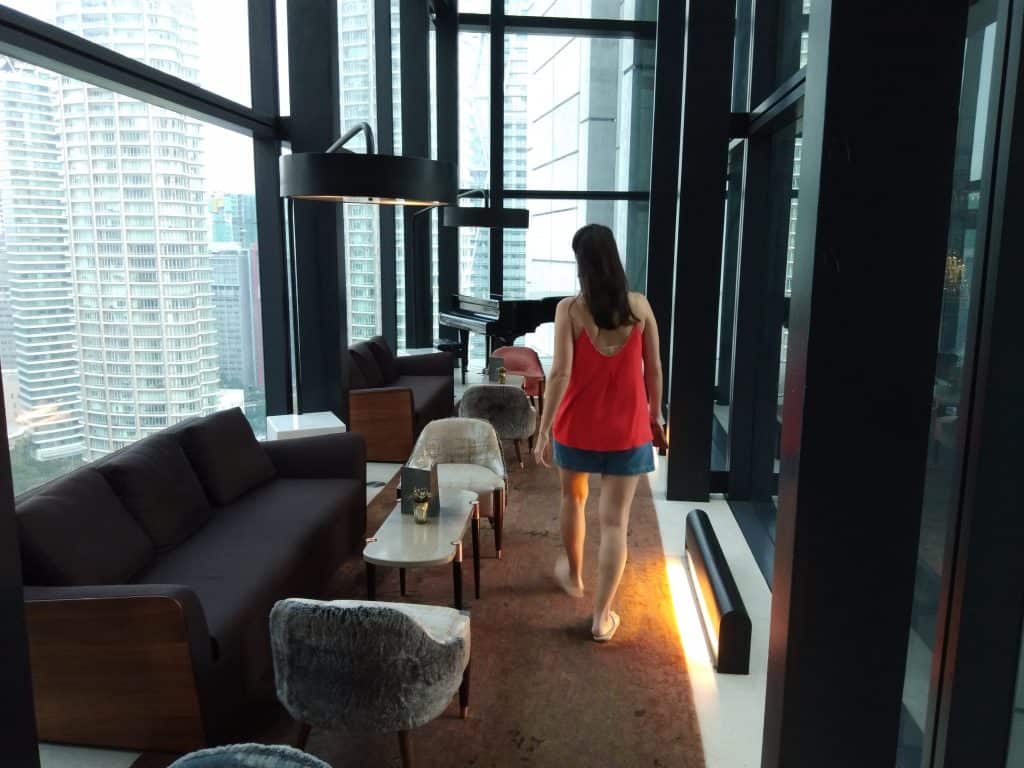 Another excellent way to enjoy the city is in the jungle.

Unlike Bangkok, which is more of an ‘urban jungle’ and generally lacks any form of flora, KL is pleasantly the opposite. From virtually anywhere here, you can see the softening tree-lined edges standing proud around the city. There are also large pockets to explore within. It’s a reminder of what KL once was and a pleasant retreat from car fumes and concrete.

Also sprawled over town are many well-maintained parks for strolling on those lazy Sundays.

Park-life here is a bit different to back home, in an endearing way. Firstly, instead of dogs running around (who are either not allowed in, or must be on a leash due to Muslim laws) there are monkeys playing on the lawn. And rather than going to feed the ducks, you go to feed the turtles, which you can find in many lakes. There’s also usually an iguana happily basking. (You can see all of this fauna specifically at TTDI park.)

Another of my favourites is in the expat suburb of Desa Park, which comes complete with cafes overlooking the lake.

If that’s too much outdoorsy stuff for you in the humid heat, then the city offers many malls and markets to cool down in. They are a hub for retail and entertainment, with some hip ones keeping you in check with local designers and the arts.

Looking for things to do in the city?
Here’s my Top 10 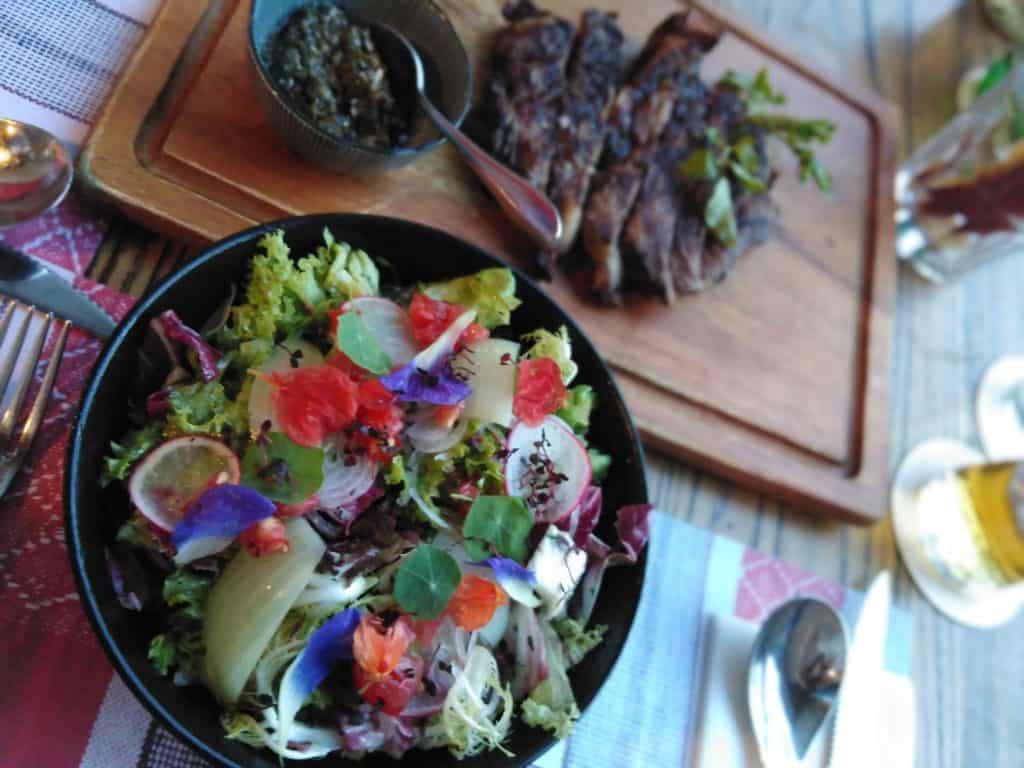 As a foodie, I admit to being a tad disappointed with offerings when I first arrived to KL. The quality wasn’t always consistent, and food was sometimes too oily or at worst, inedible. But as it turns out, I just picked the wrong places to dine.

Like the Aussies, Malaysians are big on food. Thankfully, there are endless great eats in the city, you’ve only got to ask the locals (hey! local sitting right here 👋🏼 Check out my post on top eats in the city).

KL is generously filled with virtually all world cuisines, in many different forms – from casual street food and markets, to mid-range restaurants, to fine dining or sky dining. And usually all are very affordable for expats on a regular basis.

In the western suburbs, there’s a growing number of good-quality Mediterranean restaurants. You’ll also find some of the best Indian food outside of India and authentic cookery from most other Southeast Asian countries.

I seriously can’t complain about the number of vacations and weekend trips I’ve taken this year. Even whilst saving, I’ve managed 10 getaways.

If I compare that to my holiday (singular) in Melbourne, KL wins hands down. In Melbs all we could afford in a year was taking a budget long-weekend trip to the Great Ocean Road (which was epic though btw!)

(Without bragging) I’ve been kitesurfing in Koh Phangan and to Cambodia, where I nearly kitesurfed (for the lack of wind).

I’ve visited Sri Lanka, Langkawi & Koh Lipe over Christmas, took my first visit to Vietnam and chilled in the Perhentian Islands – to name a few. 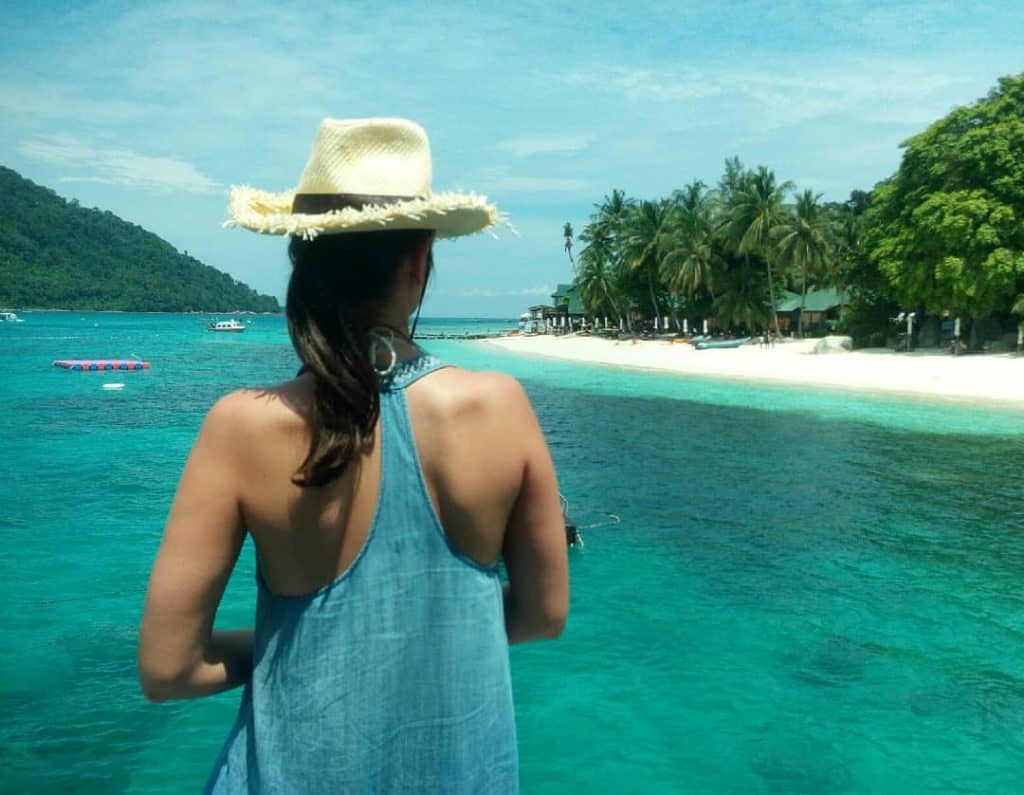 Travelling from KL is so convenient. Within 20 minutes you can be out of the city on a road trip and in 45 you can be checking in for your cheap Air Asia flight at KLIA, leading you to a tropical island haven.

It’s worth bearing in mind that travelling within Malaysia is generally more expensive than other places in SEA, but it’s still not on par with the Western world. 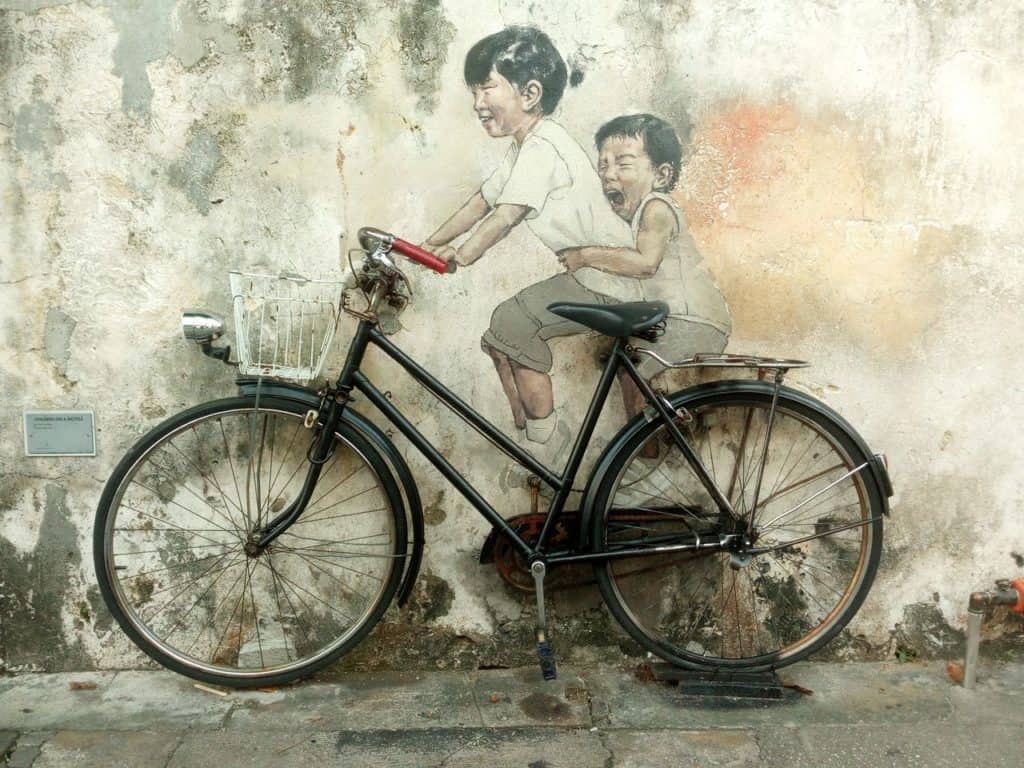 Despite being the second most expensive country in the region after Singapore (but still HEAPS more affordable) the savings potential in Malaysia is really good. This is partly because of the EPF.

EPF is the Malaysian pension scheme. As an expat, contributions are voluntary, but if you choose to put in then your employer must too, increasing your yield.

For example, if you put in the minimum 11% of your salary, then your employer has to match that with an additional 12% minimum. The EPF system also attracts a generous 6.9% interest, as of 2017.

Even though we’re saving a lot whilst in KL, the Sailor and I still have a really good standard of living. I couldn’t imagine having the same in London or Melbourne compared to what we have here, unless we were on a 6 figure salary, and even then it would be a struggle. 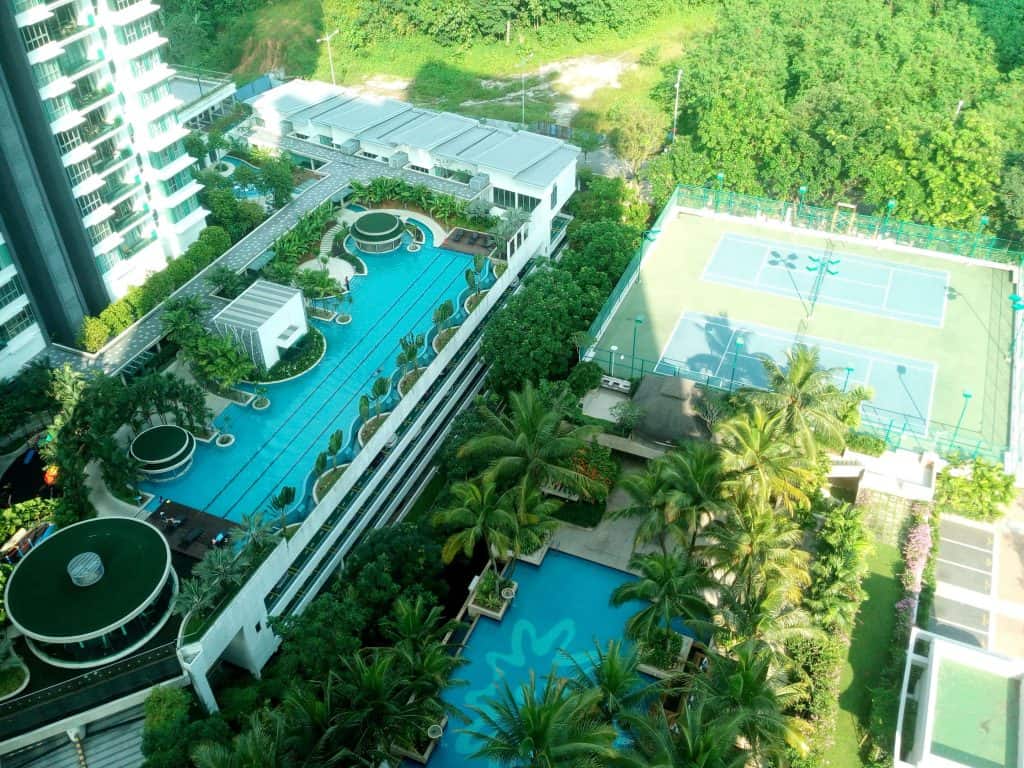 Being based in SE Asia of course has cut the costs of living coming from Melbourne. For example my rent has more than halved.

In Melbourne, I lived in a cosy 70 m2 one -bedroom flat in one of the most liveable suburbs for $2000 AUD per month (approx. £1100 GBP.) It was in a great location with a lovely park nearby, and came with a small garden.

In comparison to KL, I live in a 120 m2 three-bedroom flat in one of the most exclusive expat neighbourhoods for 2’300 RM per month (approx. $700 AUD or £460 GBP.) All rooms are en-suite with an additional bathroom.

It also has a balcony and access to (don’t hate me) : an Olympic sized swimming pool, 2 additional secluded pools, a gym, tennis court, squash court, badminton court, sauna, jacuzzi, 2 allocated parking spaces and a herb garden. This is a pretty standard set-up for expats in KL.

Related Read:
An Insiders Guide to: The Best Areas to Live in Kuala Lumpur 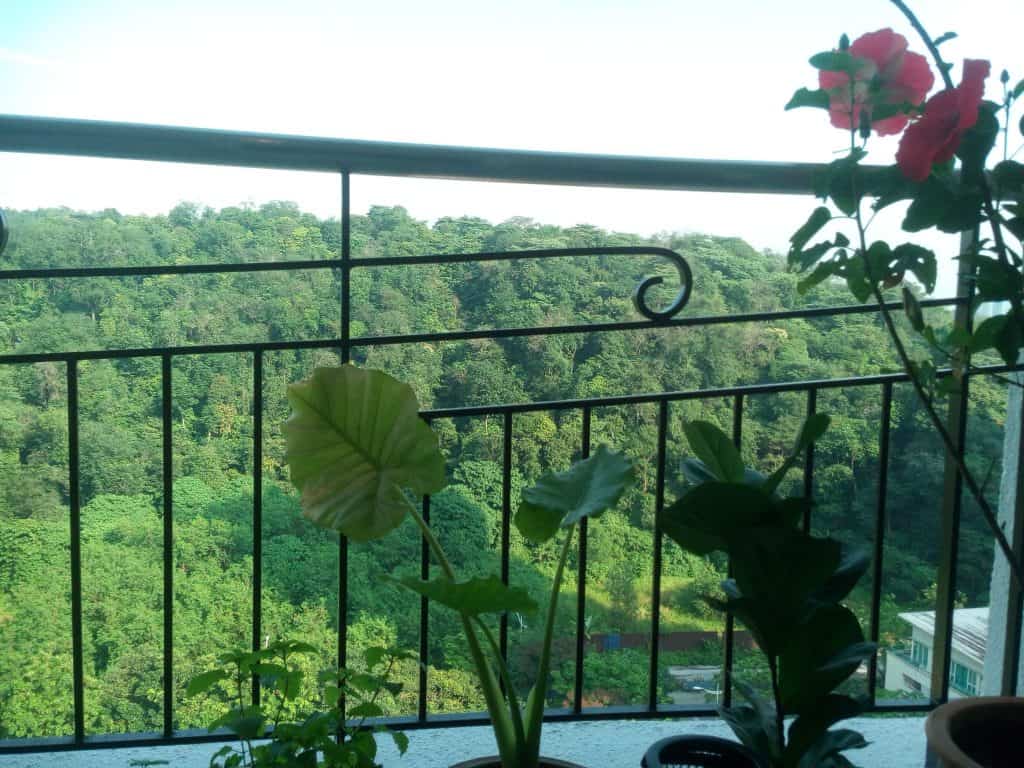 My Bahasa Malaysia has been slow on the uptake because almost everyone speaks English fluently in KL. As a former British colony and being a melting pot of cultures and languages, aside from Bahasa, English is commonly the medium in which people communicate. For English speakers, this makes living here a lot easier.

From experience, the people who live in your new place of residence can really make or break your time there. Luxurious condos and roof-top bars might be nice, but if the locals are cold and unwelcoming then it won’t make you want to stay. And nor would it feel good.

As well as being genuinely friendly, humble and kind, local KLites have made me feel really welcome as an expat in their country. I’m also continuously intrigued by its melting pot of cultures, which makes Malaysia very different to any other SE Asian country.

According to my Lonely Planet bible on ‘Kuala Lumpur, Melaka & Penang’, if KL were 100 people then: 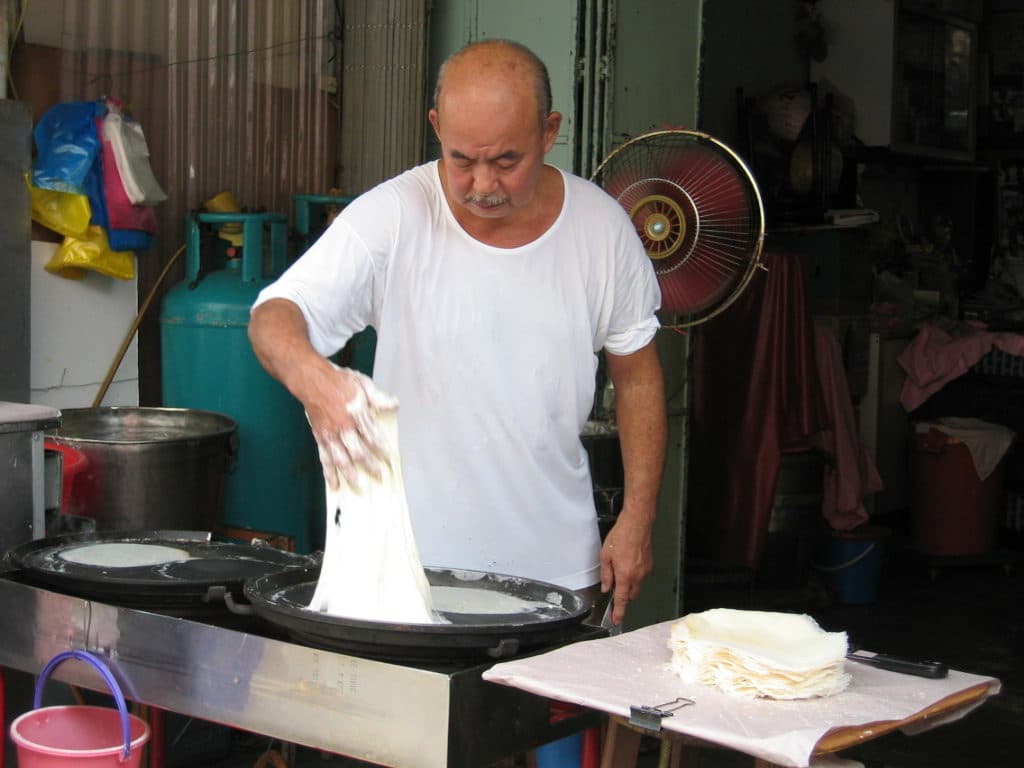 This means that there’s always some form of celebration going on in the city, as well as many Bank Holidays to accommodate them (always a bonus.)

Although only within the 2%, the expat bubble in Kuala Lumpur is big. You’d be surprised at how many Europeans, Australians and Americans call KL home. 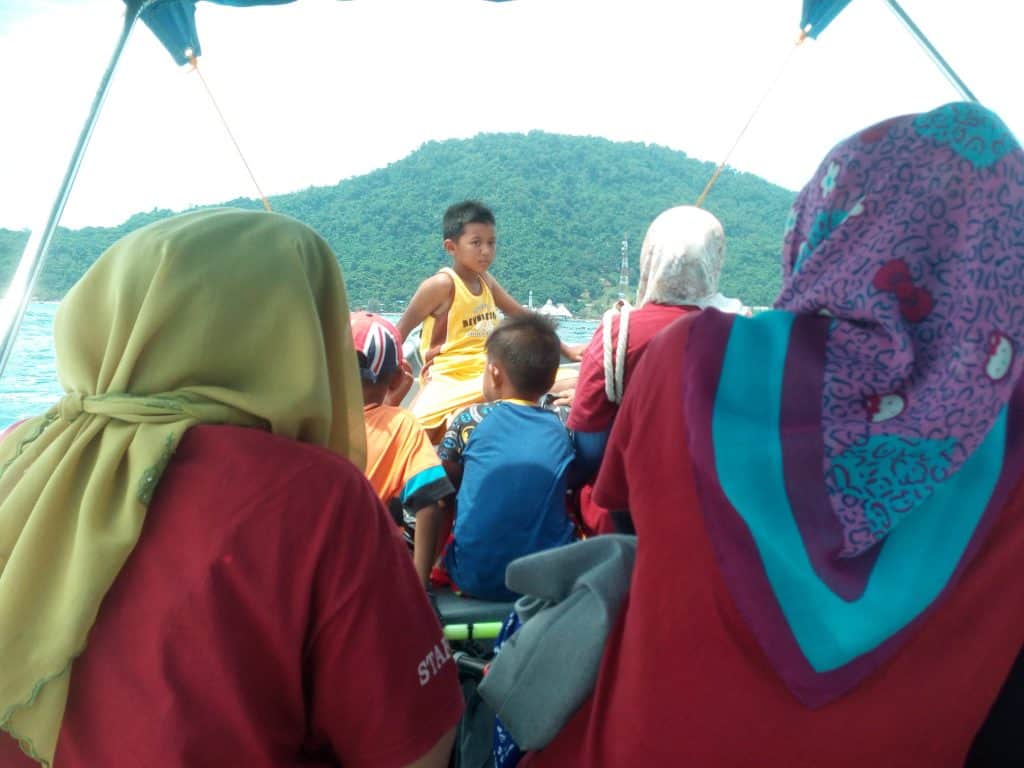 As I’ve been bunny hopping from one country to the next over the past 7 years, it’s nice to find a place to settle for a while. Malaysia has been one of the most fascinating places I’ve lived and it didn’t take long to adjust to life here.

Although of course, like anywhere in the world, KL isn’t perfect and nor is it for everyone. For some who have never lived in Southeast Asia before, then the initial culture shock or adjustment period may be greater than I experienced. Or you may not like it at all.

If possible, I’d always suggest visiting before taking the leap to relocate your whole life. And if you do get to test the waters beforehand, try not to spend all of your time in KLCC. You probably won’t be living there anyway and the suburbs offer a better quality of life.

Related Read:
The Other Side of Living in Kuala Lumpur

For me though and thousands of other expats in KL, the perks of living here largely outweigh any potential difficulties. Generally, everyday life is convenient and easy, particularly compared to other Asian countries. Many expats I’ve known renew their contracts to stay for longer, and some never leave.

As I already had two years under my belt in Thailand, KL in comparison is a doddle. A friend who relocated to KL here before I did described life in the city as ‘expat living for dummies’ because it’s so easy. And it very much is. Standards are much more Western than other places in the region and the language barriers are few.

As Internations suggests, and I would hugely back it up: Kuala Lumpur is probably the best place to live in Asia for expats. The quality of life vs cost and ease of living make it so.

Are you keen to make the move too? Check out:
What Visa Do I Need as an Expat in Malaysia?

How To Get To Koh Phangan from Bangkok & Kuala Lumpur

An Insiders Guide to: The Best Areas to Live in Kuala Lumpur