Things take longer to happen than you think they will,
but then they happen much faster than you thought they could.
– Al Gore

When it comes to climate change, it’s huge flaw is that for most of us in our daily lives we haven’t truly been able to ‘see it’. And when we can’t physically size up a potential threat, it’s easy to devalue the science and underestimate its impact.

Even in the wake of the recent bushfires here in Australia, there are still politicians denying its link with bigger and more catastrophic natural disasters. Whilst annual burnings here is no new news, the size and scope of this summer’s season is incomparable to anything that’s previously ravaged through this sunburned country.

Without a doubt, this was climate change rearing its ugly head and when it’s on your doorstep, you sit up and listen. 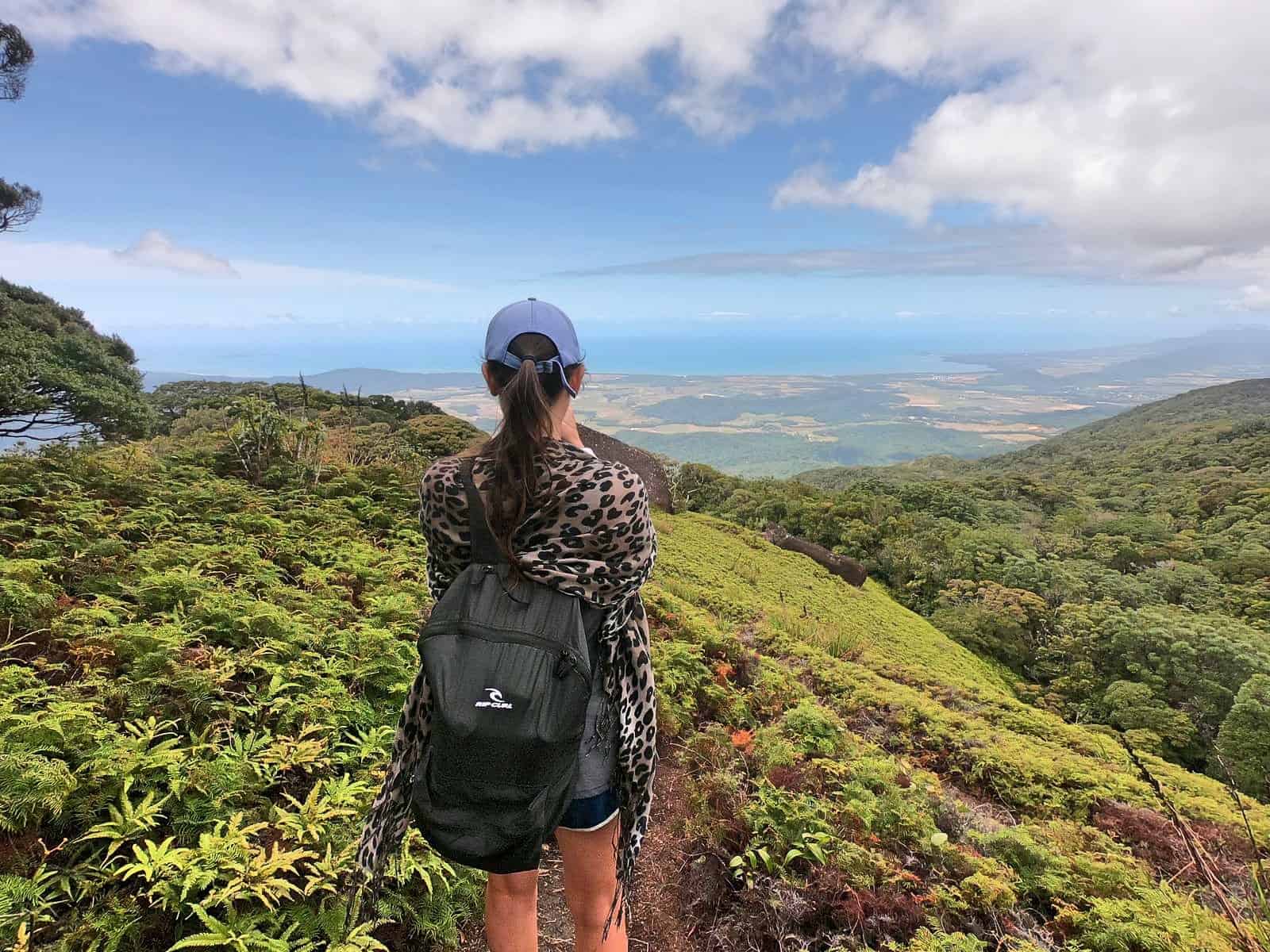 A recent poll shows that even more Aussies are concerned about the impacts of climate change, and I’m sure it’s true for many more people around the world. Including me, I no longer see it as a ‘tomorrow’ problem.

When I recently began researching the hard stats and science around climate change, I was surprised. I shouldn’t have been, really. You just need to type the words in Google to unleash a whole rabbit hole of information. But before now, I didn’t actively engage with it all that much.

And I’m not alone. According to the Australian Psychological Society (APS), most Australians are the same;

Whilst the vast majority of people claim to be concerned about the climate, it is also the case that large numbers of people also avoid, minimise, switch off, or distance themselves from effectively engaging with the problems. 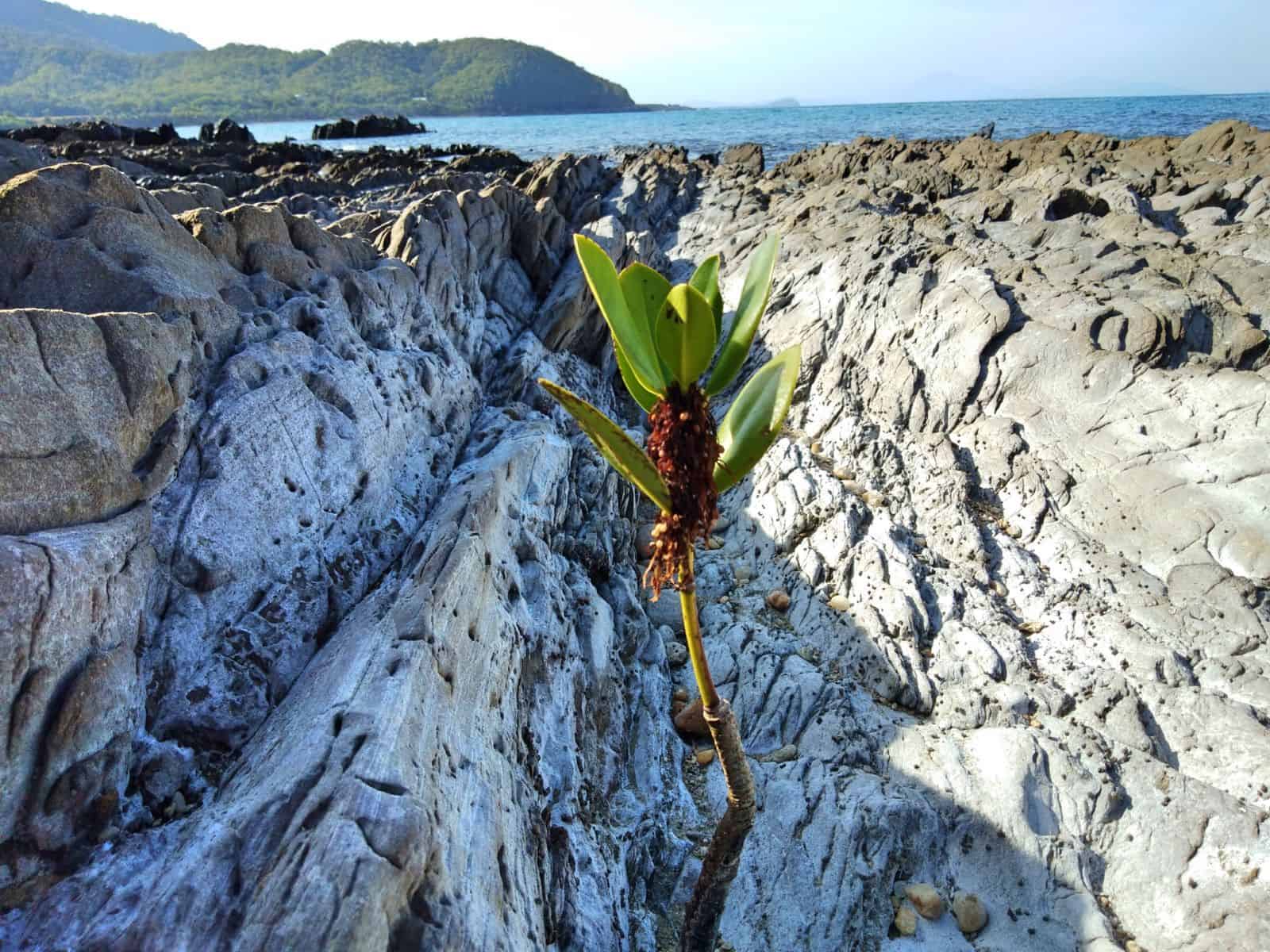 So why is it that we’ve switched off from so much from the rhetoric?

The APS has deduced from their research that there’s a ‘consensus gap’. Whilst 97% of scientists believe that climate change is categorically caused by human behaviour, only around 50% of the public believe them.

For some, it may be contradicting to accept the urgency of scientific data when the impacts of global warming are so often downplayed by politicians, particularly when they are prolific climate deniers- like the Prime Minister here in Australia and the US President.

For others, the most common myth and counterargument for climate sceptics has been that global warming is merely a result of a changing phase in the Earth’s natural climate cycle.

So let’s have a look at the facts in more detail and see how science busts these myths. 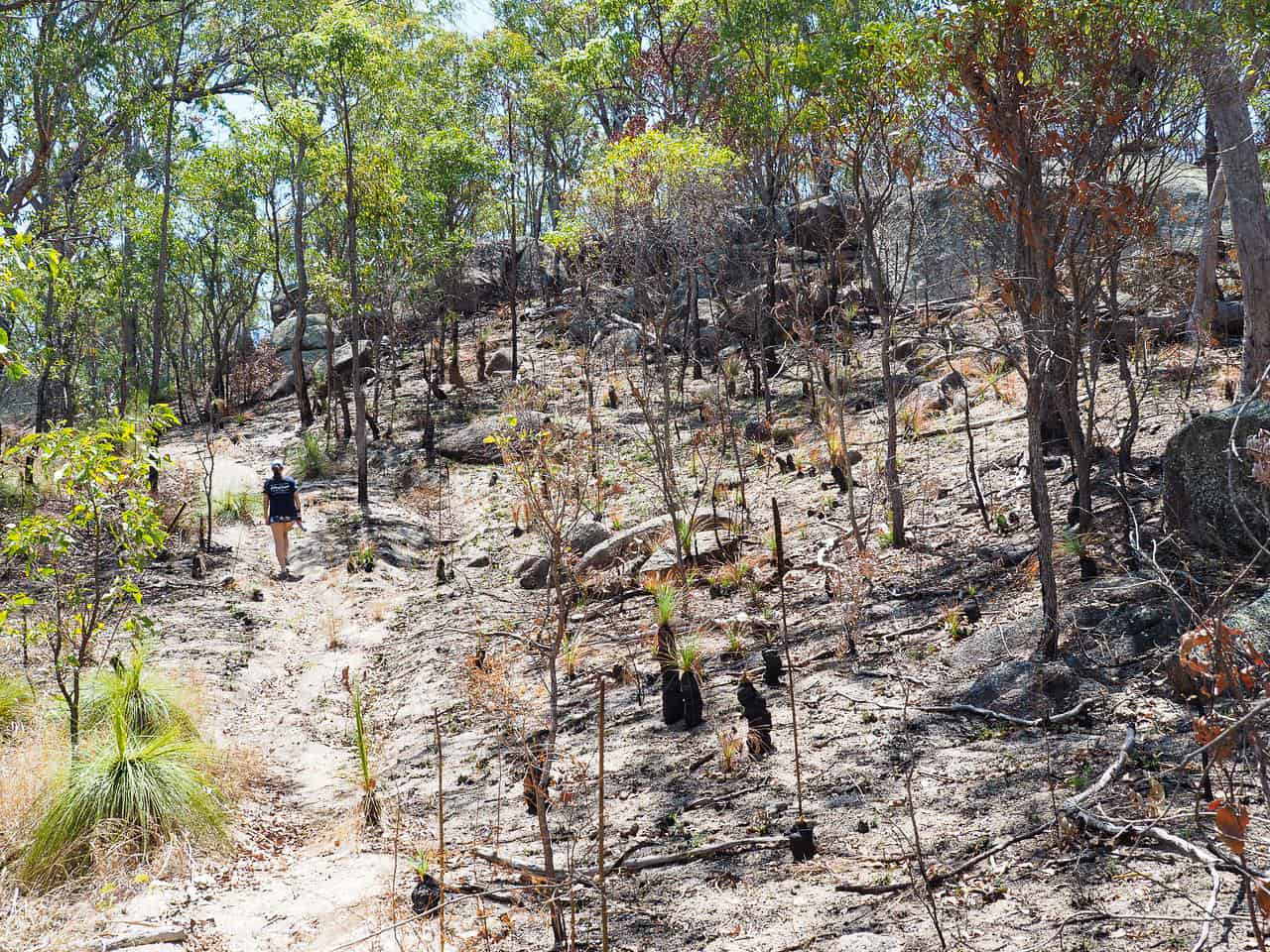 Whilst science certainly doesn’t deny that our planet has experienced climatic changes throughout history, and proves it to be the case, robust evidence tells us that it hasn’t been at the rapid rate we’re seeing now.

During the Ice Age, average global temperature rose by about 3°C to 8°C over 10’000 years. Yet Global CO2 emissions from human activity have increased by over 400% since 1950, and temperature rises over the past 200 years are well above the natural cycle of the last 800’000 years (source).

In 2013, when scientists at The UN Intergovernmental Panel on Climate Change (IPCC) wrote their Fifth Assessment Report, they concluded that from 1880 to 2012, average global temperatures rose by 0.85°C which was categorically caused by human activities. They provided undisputed evidence that oceans have warmed, that sea ice in the Arctic has melted and that sea levels have risen by 19cm.

This ‘less than a ruler’ measurement may not seem like much to you and I in the space of 142 years, but that’s enough to make sinking islands uninhabitable in the future and to destroy communities, causing waves of climate refugees. 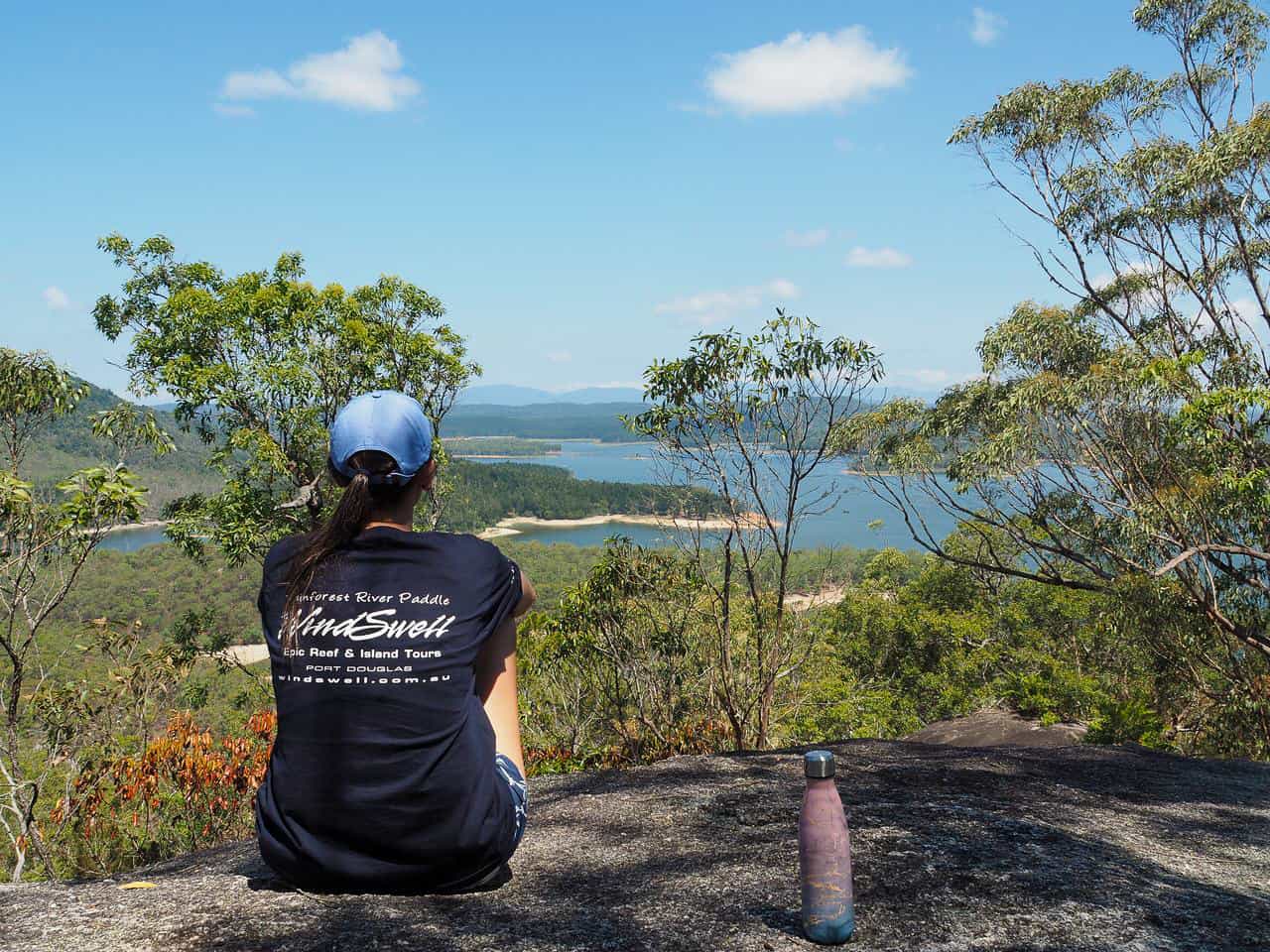 From this report, scientists also provided a carbon budget to ensure that global warming will be less than 2°C, which informed the basis of the Paris Agreement and virtually all UN member state signed it, bar a few nations like Iran, Iraq and South Sudan.

Disturbingly, Trump has recently withdrawn the US from the agreement, effective 4th November 2020. Apart from the obvious, I now understand why Greta Thunberg looked at him as if he just killed her cat at the U.N.’s Climate Action Summit last year! 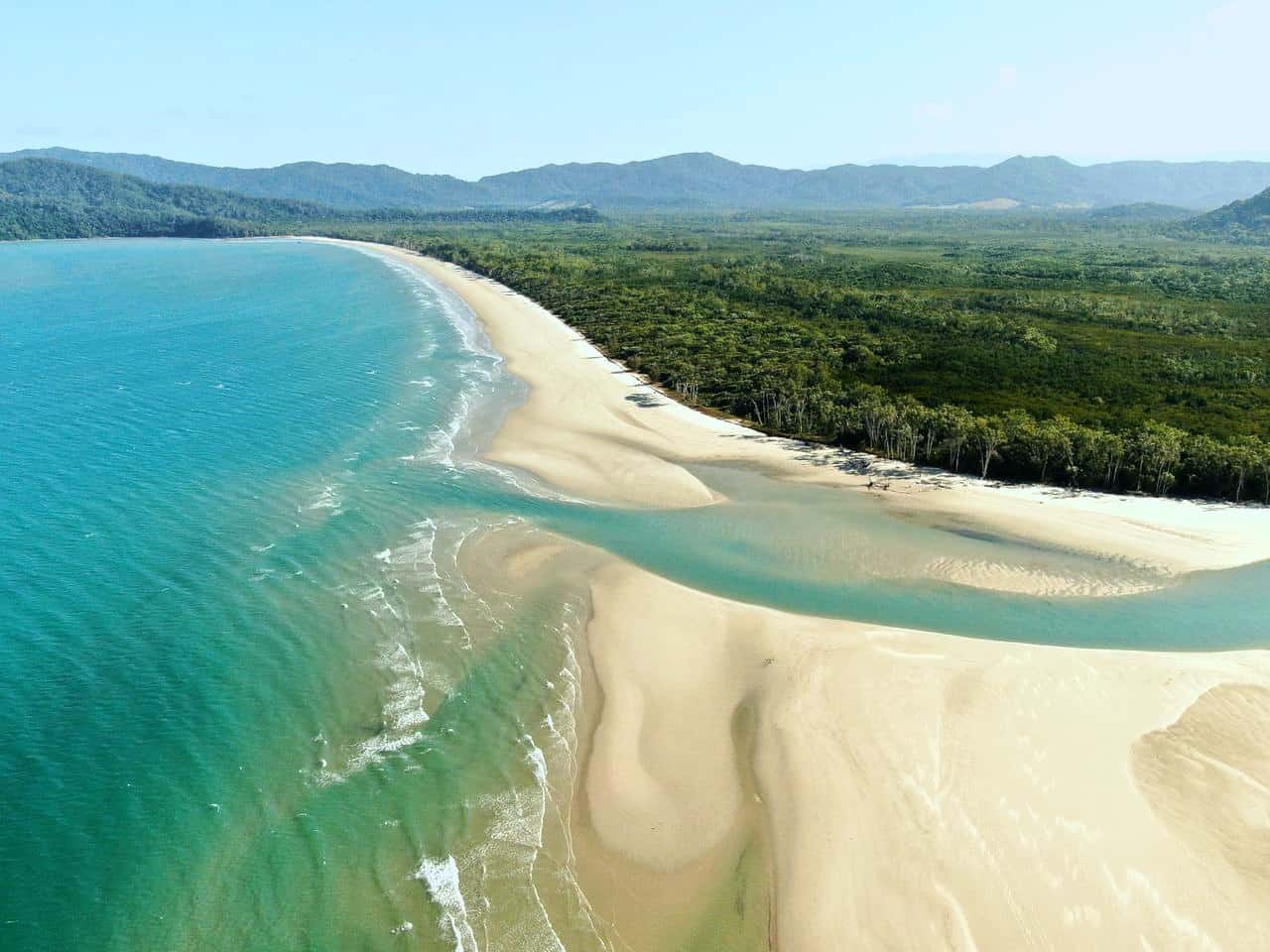 But even with temperatures curbed to 2°C, there would still be irreversible changes to major ecosystems.

In October 2018, the IPCC released a Special Report on the impact of curbing global warming to 1.5°C instead of 2°C. They stated that trying to keep temperatures at or below 1.5°C will have more environmental benefits and provide a more sustainable society.

Some of these benefits were ‘a 70-90% reduction in coral reefs’ as opposed to 99+ percent; that global sea levels would rise 10cm lower in the next 80 years; and that the likelihood of the Arctic Ocean being free of sea ice in the summer would reduce by 10%.

Hang on a second, did I just read that properly… a 70-90% reduction in coral reefs is an improvement?! 😳

I don’t know about you but both of these stats are extremely alarming.

And what’s worse is that even keeping the average temperature increase below 1.5°C will be a huge challenge, requiring “rapid, far-reaching and unprecedented changes in all aspects of society.” I’m no expert, but when they say ‘all’ aspects of society, I think they mean us too. 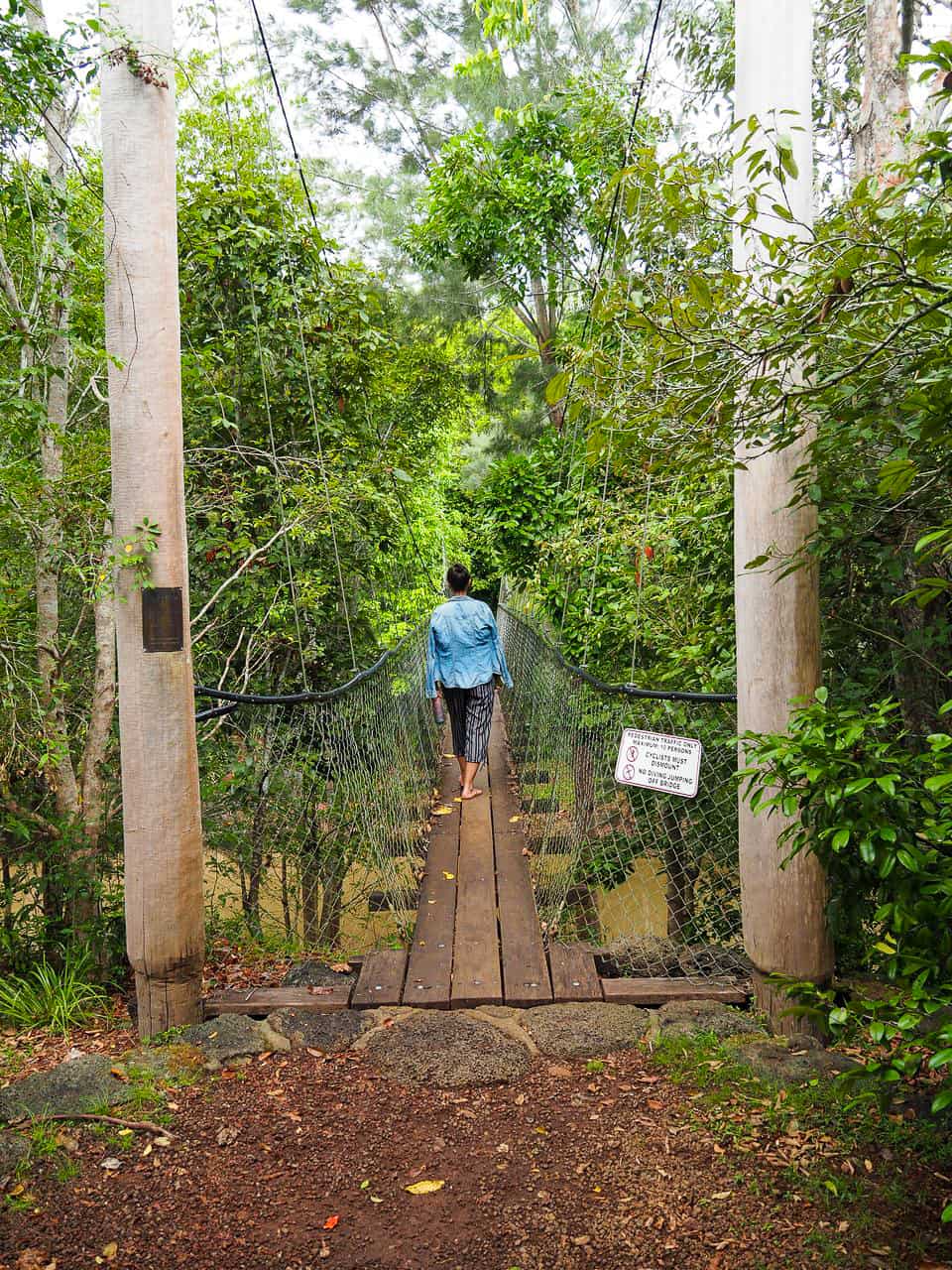 So as well as supporting governments and technology that can have a far greater impact than my single person, I’m starting ambitiously. Each month this year, I’ll try to reduce CO2 emissions in one area of my life with the intention of reducing it overall by 45% in 2020. It definitely won’t be a walk in the park, but I’m hoping it will kickstart a more sustainable lifestyle, which includes travel.

To start me off, I’ve used a few online ‘carbon calculators’ to measure my 2019 footprint. There’s quite a few good ones which you can use, like :

Whilst they’re not overly analytical in each area and deviate slightly in their results, they provide a good overview and baseline assessment.

When I come to reduce specific areas over the coming months, I’ll look into them in more detail and use more targeted calculators for a better CO2 overview. 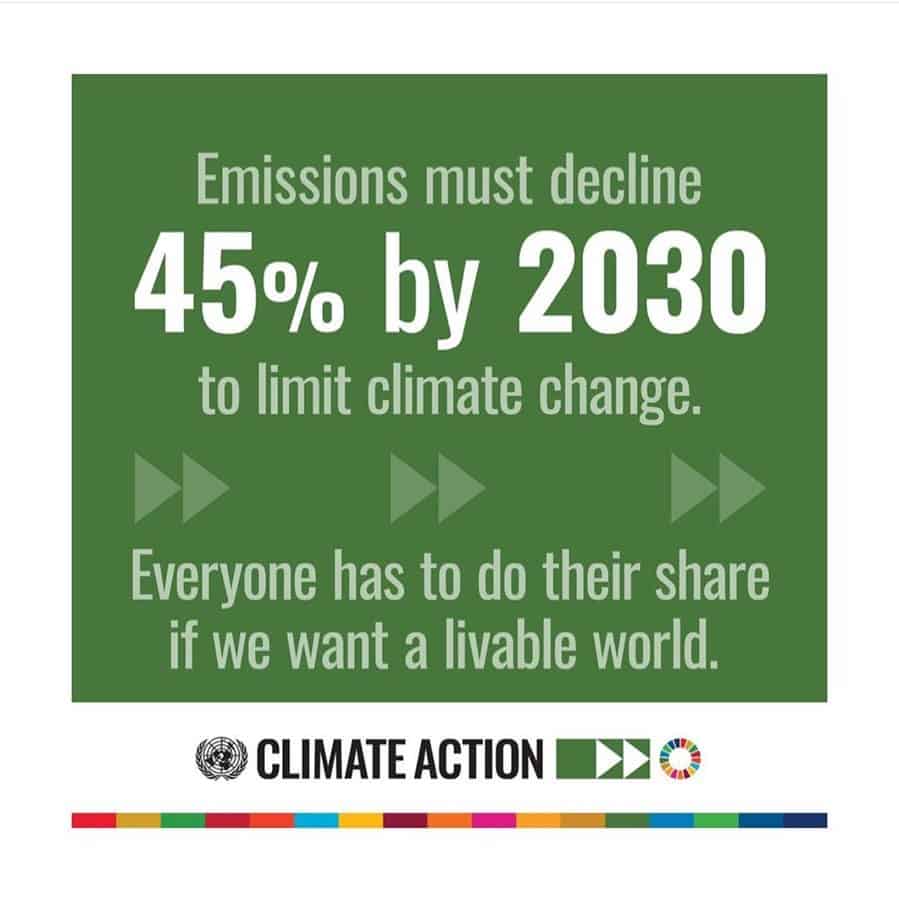 Full Disclosure: My Current Carbon Footprint Is NOT good!

I’m not going to sugar coat it. After delving into my own CO2 emissions I discovered that if everyone lived like me, we’d need four Earths! That’s insane. And my worst category was travel. Ironic right. A travel blogger who’s going to try and travel less. Or kind of. I’ll still be travelling, but I hope to do it better.

I honestly thought my results would fare better but in the end, I’m just another statistic. Chances are, if you also live in a developed country then it’ll be quite high. According to the stats, we’re the worst offenders. Per capita, the likes of Africa, South America and Asia pales in comparison to emissions from the US, Europe or Australia. 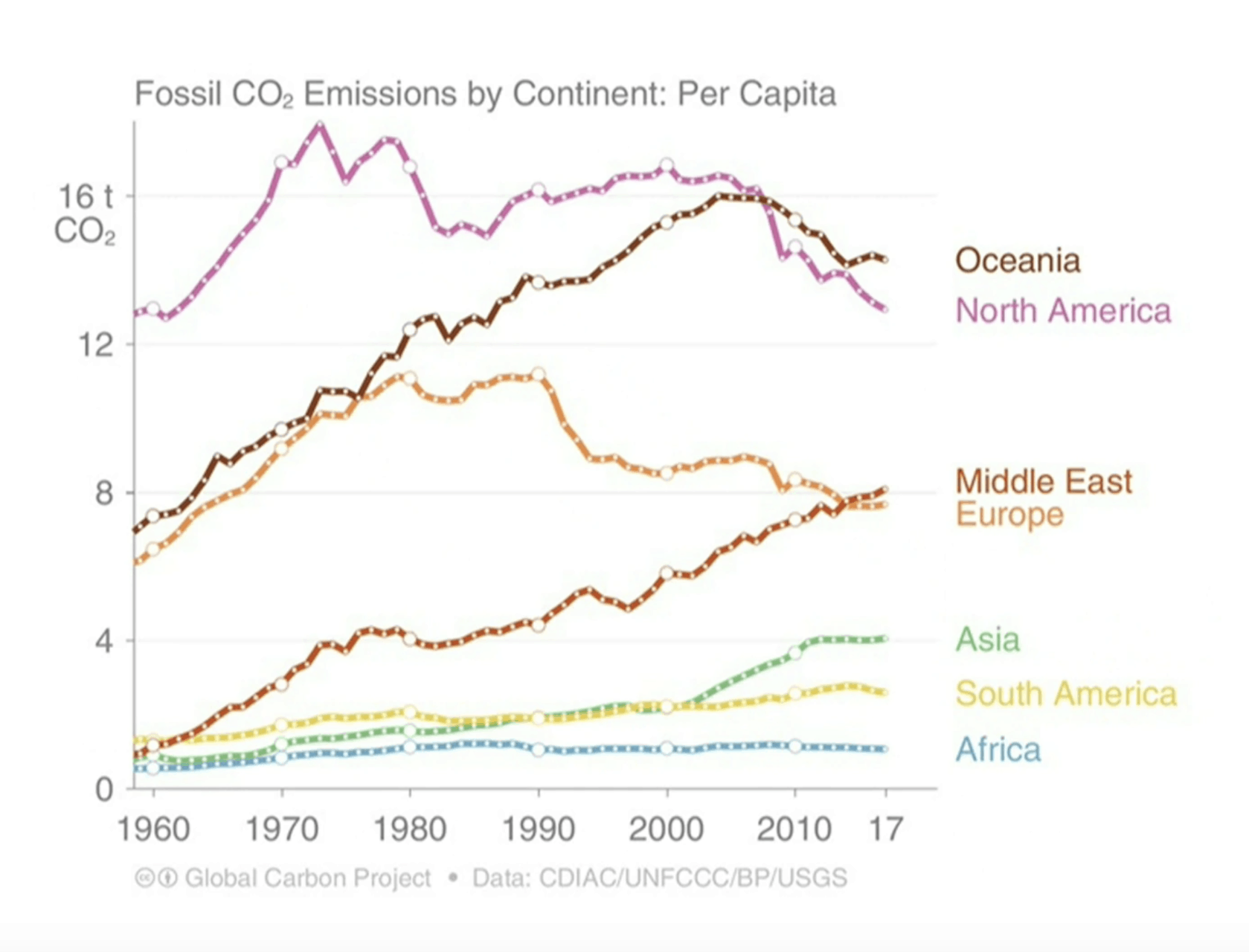 But I don’t believe that cutting down on our carbon consumption means we have to live like monks and never go anywhere or do anything, which is exactly what the Sailor said to me once I told him the data!

We can live more sustainably by simply being more mindful beings and start putting the environment at the heart of what we do. And perhaps by embracing some lifestyle traits from the early 20th Century… I always did want to experience life back then. 😉 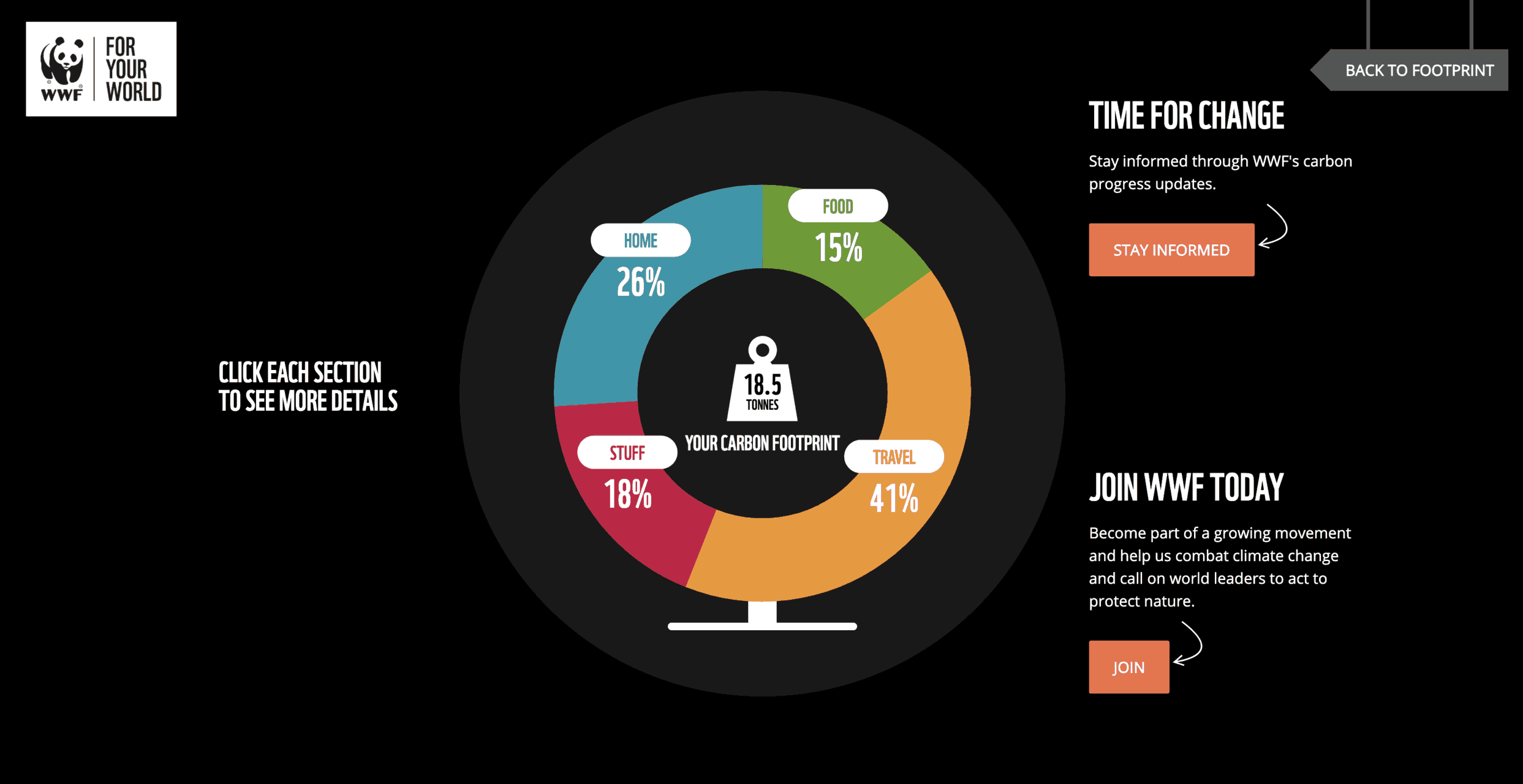 This month of January: I’m tackling my car emissions 🙌🏼

Because travel was my worst category last year, I’ve decided to buy a bicycle and try to reduce my car emissions.

Last year in KL, although I didn’t own a car I used taxis quite a lot. Now we live quite remotely in Port Douglas and there’s no public transport, so we bought a car. But we only really need it when we do our weekly food shopping or when we leave town.

So if you want to find me, I’ll be the sweaty woman on a bike in Port Douglas! January is the hottest and wettest month here and we’re dealing with 36 degree days with 60% humidity and flash tropical storms. It should be eventful!

I’ll report my progress her on the blog each month as well as on Instagram, so tag along to see how I’m doing. Or better still, join in! 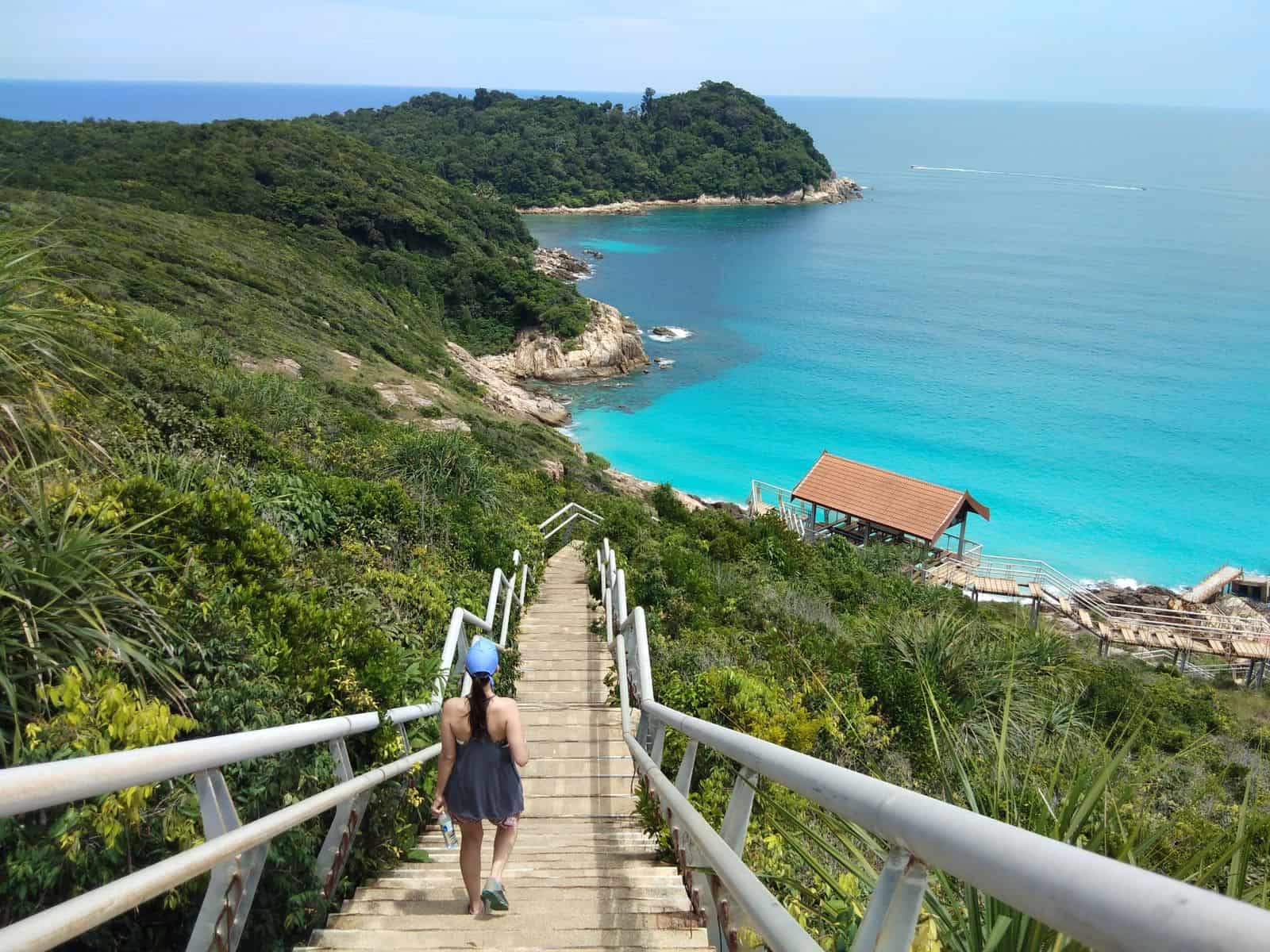 As individuals our actions may be small, but as a collective they are impactful.

The enormity of climate change always made me perceive it as being something out of my control, and I naively assumed we had more time to deal with it, that is was a ‘future’ problem. But 2019 was a huge wake up call.

When a silent assassin creates apocalyptic carnage in a country you love- when you see it killing masses of helpless wildlife, destroys habitats and displaces communities, you want to seek immediate solutions.

I am fully aware that there are nearly eight billion people on this planet, and my one existence is just a drop in the ocean. I know that my actions will pale in comparison to environmental policies led by politicians or large corporations.

I’m also not naive to the fact that there is no simple solution to defeating climate change and if it were a relationship status, it’ll read ‘it’s complicated’. Money plays a big part in it all, and it doesn’t help that governments are being led by gas, oil and coal giants.

And there’s still so much I don’t know. But at the grass roots of climate change, is people.

I believe we’ve all got a role to play when it comes to curbing global warming, and if more of us begin reducing our dependancy on carbon and push for more renewable solutions, the more impact it will have.

Every ounce of CO2 counts.

Will you join me in reducing your carbon footprint this year?

Or if you’ve already started, give me some tips and share what you’ve been up to!

Where to Spot Unique Australian Wildlife in the Atherton Tablelands